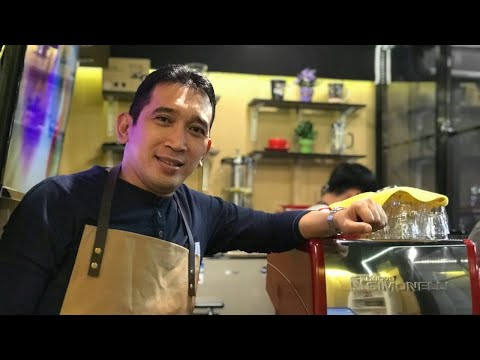 A bit about me: I am from Indonesia and was born in the year 2000. English is my second language, sorry for the inconveniences.
Like every other ordinary adolescence, after graduating from High School I was stuck with "Find Your Passion" mindset. (Looking back, I was quite a naïve person 🤣 or ambitious I suppose 🤭)
So I embarked on a journey to find my passion, first I tried languages and figured out that it didn't pay that much and doesn't make that much of an impact on my community.
Then I tried trading the forex market which I wasted a year of doing it and around $300 (this is my monthly salary), $150 of which got scammed and $150 I lost it because it was the last moment of me trading so i got emotional and lose it all and I also lost $20 of my friend's money which I paid him back.
And after a few of Ted-Talks videos I have come to conclusion, that you should not find your passion.
Confused? Me too! Hahaha.
Let me explain,
Passion is just an emotion, emotion follows action.
Here's a perfect example:
I hated school and every lesson that the school provides except for PE, I hated it. But I felt responsible to pass High School (yes only High School, because Primary & Junior High was easy🤭) so I became obsess to pass High School (we have big tests in approximately every 2 months) and found out that I have interest/passion in physics, math, biology and a bit of chemistry. I studied every day consistently from 7pm to 9pm never missed a day and still enjoy hanging out with friends, that is after school(3pm) and from 9pm to 10.30pm I just waste my time on watching the telly, you still need to keep the "work-life balance" right? And by only studying 2 hours everyday consistently, I manage to get good grades and have a fulfilling High School life.
At that time I felt that life was easy, I felt like my purpose is clear and that is to pass High School. Some of you might be wondering, where did I get the motivation to study? Well I don't. I just felt responsible.
“If you need inspiring words, don't do it.” -Elon Musk
So, the conclusion is: 1. Be responsible at WHAT (tool: survive) 2. Be obsess with HOW (tool: passion) 3. Then you'll get to your WHY (tool: happiness)
Example: 1. I am responsible to pass High School. 2. I am obsess with studying. 3. Outcome: I passed my High School and lived a fulfilling High School life.
So, what now? Since I am now an undergraduate, I believe that my next step is to find money whilst college.
That's it for now, I hope that this post will open your eyes in a new point of view.
Until then, ta-ta! And thank you ☺️
-Emen

Some news you may have missed out on part 79.